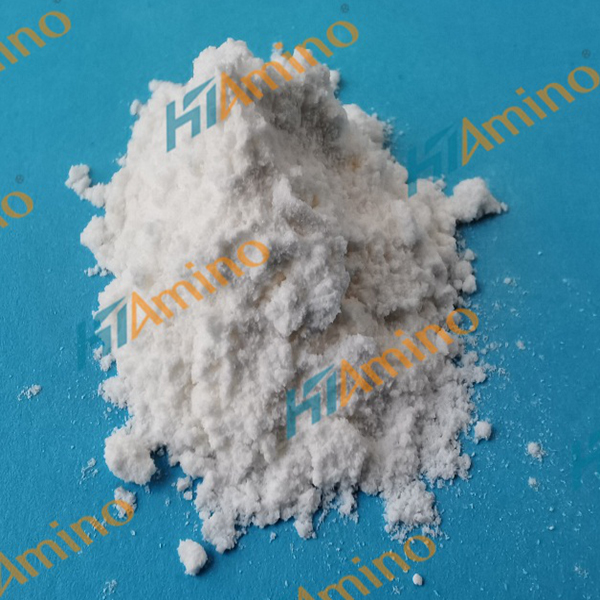 Packaging: 25kg/bag(drum), others as required

Histidine (symbol His or H) is an α-amino acid and an essential amino acid that is used in the biosynthesis of proteins and is involved in many processes in the body. It contains an α-amino group (which is in the protonated –NH3+ form under biological conditions), a carboxylic acid group (which is in the deprotonated –COO− form under biological conditions), and an imidazole side chain (which is partially protonated), classifying it as a positively charged amino acid at physiological pH. Initially thought essential only for infants, it has now been shown in longer-term studies to be essential for adults also.

Conversion to other biologically active amines

The histidine amino acid is a precursor for histamine, an amine produced in the body necessary for inflammation.

The enzyme histidine ammonia-lyase converts histidine into ammonia and urocanic acid. A deficiency in this enzyme is present in the rare metabolic disorder histidinemia, producing urocanic aciduria as a key diagnostic symptom.

Histidine can be converted to 3-methylhistidine, which serves as a biomarker for skeletal muscle damage, by certain methyltransferase enzymes.

Histidine is also a precursor for carnosine biosynthesis, which is a dipeptide found in skeletal muscle.

In Actinobacteria and filamentous fungi, such as Neurospora crassa, histidine can be converted into the antioxidant ergothioneine.