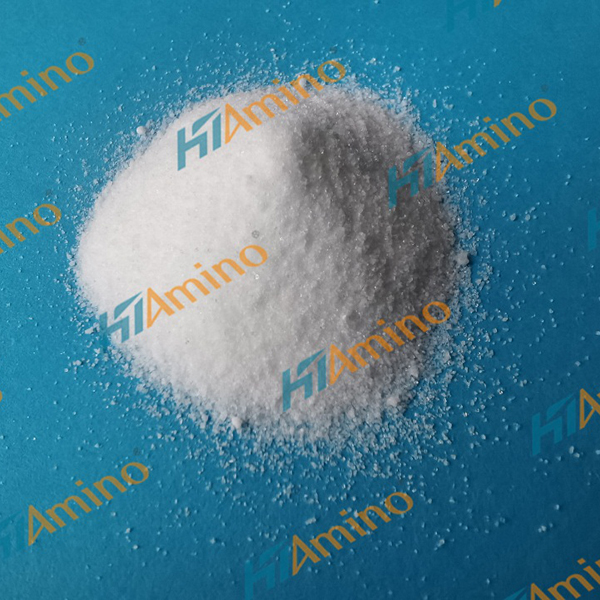 Packaging: 25kg/bag(drum), others as required

Function: L-glutamic acid is mainly used in the production of monosodium glutamate, spices, as well as salt substitutes, nutritional supplements and biochemical reagents. L-glutamic acid itself can be used as a medicine to participate in the metabolism of protein and sugar in the brain and promote the oxidation process. The product combines with ammonia in the body to form non-toxic glutamine, which reduces blood ammonia and relieves symptoms of liver coma. It is mainly used to treat hepatic coma and severe liver insufficiency, but the effect is not very satisfactory; when combined with antiepileptic drugs, it can still treat minor epileptic seizures and psychomotor seizures. Racemic glutamic acid is used in the production of medicines and also used as biochemical reagents.
It is usually not used alone, but used in conjunction with phenol and quinone antioxidants to obtain a good synergistic effect.
Glutamic acid is used as a complexing agent for electroless plating.
Used in pharmaceuticals, food additives, nutrition fortifiers;
For biochemical research, it is used in medicine to prevent hepatic coma, prevent epilepsy, reduce ketonuria and ketemia; it is effective for liver disease, schizophrenia, and neurasthenia
Salt substitutes, nutritional supplements, flavor agents (mainly used in meat, soup, poultry, etc.). It can also be used as an inhibitor of magnesium ammonium phosphate crystals in canned aquatic products such as shrimps and crabs, with a dosage of 0.3% to 1.6%. It can be used as a spice according to my country’s GB 2760-96 regulations;
One of the sodium salt, sodium glutamate, is used as a seasoning, and the commercial products include MSG and monosodium glutamate.